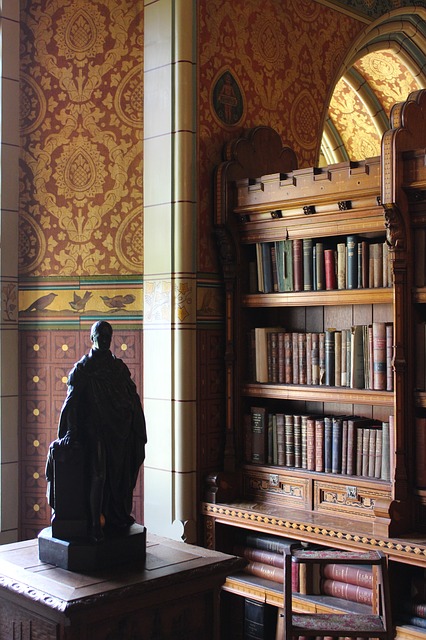 Trapped of his own accord, he suddenly found himself captive in a strange world of literature, caverns, and old, scratched tile floors. While this new world would seem very warm and humid to others, he found it quite pleasant, no different than the land he had become detached from. He determined that an extremely tall, thin, flexible mesh obscured his passage to freedom. He carefully crawled across to another panel of the same mesh. Was there hope for freedom there? Of course not! In fact, this side harbored even less of a chance of escape—if only he had known it. He observed the world that lay on the other side of this flexible surface, a world he had once been part of. He breathed in its fragrance and longed for more, but with less hindrance. Making a sudden glance in the opposite direction and a quick maneuver, he sprang back to the other side. Seeing no improvement in his situation there, he pondered some more and made his next move to the painted wood surface adjacent to his current position.

Inch by inch, he scaled the towering white wall. Upon reaching a small landing, he carefully traversed it while surveying his newfound domain. It was a vast (and not necessarily inviting) continent with odd structures in the center. Did he find any part of this unusual world appealing? No. But he did ascertain a need to explore the odd cliffs and caverns just a crumb’s throw beneath where he was stationed. His appetite and thirst beckoned him to find some means of satisfaction. After lurking around and behind the works of Lescroart, Macomber, Meltzer, and Patterson, he grew dissatisfied and returned to his post to observe the world below him again. It seemed little had changed in his brief absence. Oh, how he longed to be in his own familiar world again, with its abundance of delectable morsels and refreshing afternoon showers!

Then he descended back along the narrow painted wall and onto the mesh surface again with exquisite agility. Had there been any improvement in detecting a means of a retreat from this land of captivity? Following another routine search, he came to a negative conclusion. Think. Think. Think, he told himself. There must be a way to return to the joyous land of no restraint. His sharp eye spotted a small hole in the mesh. Could it be? He knew he was of the lesser variety in terms of size and diameter, but definitely not that much. Disappointed again, he turned, and with much haste, journeyed back up to his elevated observation post on the top of the towering wooden wall that lay next to the great bulwarks of Coulter, Crichton, and Cussler.

This time, he realized he was not alone. But the huge living creature he spotted seated in the center of this vast land was not of a variety that he would choose to enter into fellowship with. His monitoring of both the strange surroundings, as well as the strange, almost motionless giant proved uninteresting. Yet he sensed that he was being observed as well. After an extended period of lingering, he concluded that this immense territory needed to be explored in areas far beyond what he had previously investigated, not to mention the fact that he was now quite hungry. After a momentary pause, he quickly returned down the wooden tower and rechecked the mesh surface for any changes of its impenetrability. After seeing that it was still not possible to make an easy exit, he then proceeded to scale the vast caverns and corridors of the opposite side of this challenging (and very dry) world of paper, ink, and wood.

Meanwhile, back in the center of this “vast land,” the “giant” continues to write his narrative about a little gecko lizard that managed to slip in through an opening in the frame of a window screen of a warm, cramped library. He noticed how easily and innocently the lizard managed to get himself into the room, but could not figure out how to get himself out again. Then the “giant” pondered how easily people also get themselves into a predicament, and then try to figure out on their own how to escape. He noted that, like this lizard, they often search and search for the exit, never realizing it is only a short distance away from where they had been looking. How often they travel all around the exit, but never actually to the exit itself.

The lizard tried to find its way out, yet all it did was retrace its steps over and over again. When it branched out into what it thought was another way out, it only moved farther from its entry point and a way of escape. It would very likely never escape if left to its own devices. When someone makes a commitment to God, they have chosen to follow and obey only Him. They have no right at that point to chart their own path, because they now belong to Him and have come under His direction and care. Those who surrender their life to God cannot go off into just any place on their own initiative.

Many people seem to think that they can agree to surrender their life to God while continuing to chart their own course without Him.

This is what happens when people refuse to seek God for direction in their life. They let self be lord over their life, and not God, through His Son, Jesus. While they may not do this intentionally, they still hurt Him when they want to continue on without Him. It is not that God desperately needs them—God doesn’t need anyone! Rather, everyone needs God. What is the point of having a relationship with someone else if one person goes off in his own direction while the other goes the opposite way? When a person surrenders his heart and life to God, then God wants love and companionship and obedience to Him and what He says in His Word, the Bible. “Commit thy way unto the Lord; trust also in him…” (Psalms 37:5).

This lizard thought it knew where it was going. How right it seemed, yet it was still trapped and could not find the way out. How many times does this happen in your life? How often do you simply let go and let God order your steps? When was the last time that you determined that you were going to trust in God, and then actually trusted in Him? You need to “trust in the Lord with all your heart and lean not unto your own understanding” (Proverbs 3:5). The more you trust in God, the less you will want to trust in yourself. Then you will begin to see just how helpless you really are and how helpful He is. This lizard may never find his way out, but this does not have to be the end result for you. It did not have the means to have a personal relationship with God and His Son. But you do! Put your trust in God and keep it there. Let Him be your guide to lead you in the right path, instead of yourself.