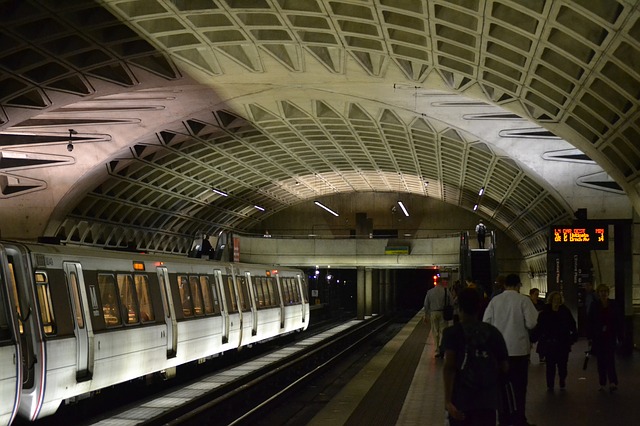 I recently read an article about the poor state of the Metrorail mass transit system in the Washington, D.C. area. It has had many problems over the years, but more recently, the “Metro” has been plagued with frequent breakdowns, serious safety concerns, and mismanagement.

I can still remember riding the Metro to visit the museums in downtown Washington when I was very young. It was fairly new back then. I was always fascinated, yet fearful, of the whole subway concept—from entering the stations, buying the fare cards, riding in the cars, transferring trains for other track lines, to riding the escalators to exit the stations. While I certainly enjoyed the ease of being able to commute from the heart of the Maryland suburbs to downtown Washington without dealing with the traffic, especially when the traffic was beginning to backup, I never was really thrilled about the whole trip. There are many things I remember being impressed about concerning the Metro system, such as how advanced and high-tech the cars and their controlling systems were for the times in which they were built, and the paper fare cards with their magnetic strip that could be ‘loaded’ with money for the necessary fares. (Actually, they only had a unique number encoded into the strip linked to a temporary account when read by the appropriate machine). I also recall how gloomy the underground stations were and how little there was for a young child like myself to do there.

Yet, in spite of their glamor (if you could call it that) for that era, the Metrorail system had more than their share of problems even back then. For example, after inserting the fare cards, the machine reading them would occasionally not return them. I was always afraid that it would happen to me, which is very alarming for a young child. This was normal if no money was left on the card, but those who had cards with money left on them were stranded at the machine until an attendant arrived who could hopefully resolve the situation.

But the most frequent problem was late arrivals. I remember quite well the many times we had to wait and wait for the next set of cars to arrive so we could return home.

Even with all of the state-of-the-art technology, there was no real notification system of late arrivals back then. We would wander around in circles hoping our train would come soon (this was pre-Internet and cell phones), or we would just stand at the platform and wait. If we were waiting in an underground station, we would often stare down a dark tunnel in hopeful anticipation of possibly seeing the distant lights of our oncoming train. Of course, for a child, it all seemed like much more than an hour in wait time.

Nowadays, electrical fires or collisions and derailment greatly exacerbate the wait times, but possible solutions are few and very costly. Part of the problem is that there is no single authority for the whole system. Each municipality involved has a governing part and each municipality decides what should or should not be in their part of the total budget. Whoever oversees this multi-authority operation has to continually find a balance between everyone involved (which will likely be contradictory) and still please the riders who are paying for all of this. Another part of the problem is the design. While it was state-of-the-art when built, it could not adequately adapt to significant growth, or even simple breakdowns. Rather than looking at other systems that are relatively successful, they look to their own system and try to rearrange various dysfunctional elements in it, in an attempt to make everything operational again.

Sadly, this is the result of man trying to solve his own unfixable physical problems. It is much like you using yourself as a ladder or step stool to attempt to climb over a wall; the more you try, the less effective you become.

Actually, we do this all of the time with our moral and spiritual problems. We try to solve something intangible with something tangible and wonder why we can’t arrive at a solution. Only God can solve our moral and spiritual problems. The more we leave God out of our lives, the more He leaves us to solve our problems by ourselves. God never created us to function totally on our own. He did not set the world in motion like a top, and then sit back watching it gradually spin down to a standstill.

Many people feel that they are as independent as an island in the middle of an ocean. They consider God to be a crutch, something only the poor and feeble need. They go to great lengths to succeed in this world. They do everything they can to avoid God and anything related to Him. A few will reach the apex of success, at least according to their own standard, becoming billionaires (and now even trillionaires); though, in the end, their end, they will face the same eternity as the poorest of the poor will face, an eternity spent either with God or without Him.

God created us to love Him. He gave us a free will so that the choice to love Him would be solely of our own doing, not as a robot whose only actions are what have been previously programmed.

God fully proved it by the giving up of His son, Jesus Christ, as a sacrifice for all of us—past, present and future. “Greater love hath no man than this, that a man lay down his life for his friends” (John 15:13). God’s Son, from the time He was conceived in the womb to the time He died, was innocent and without any sin. Yet He willingly gave up His life to die as if He was a guilty criminal for all of us. He paid a debt He never owed for everyone, from the first person created to the person who is yet to be born.

God wants us to seek Him for the solution to our problems. While He is not much concerned with fixing the Metrorail or similar problems, He is very concerned about fixing us, and setting us on the right path. When we say we have no need of God or His Son, we are throwing away the opportunity to have a life with Him—both for now and for all eternity. “For God so loved the world, that He gave His only begotten son, that whosoever believeth in Him shall not perish, but have eternal life” (John 3:16). An eternity without God is an eternity with Satan in Hell. There is no third option or middle road. The more we push God out of our lives, the more He will let us try to solve our problems without Him, ultimately to no avail. He will let us reach that point where we either give up, handing our life and efforts over to Him, or else we will never give up and will be lost eternally, along with Satan, who doesn’t care about us and has no love for anyone or anything but himself. Don’t push God out and try to live for eternity without Him. It will never work.

For information on finding the way to God click here.