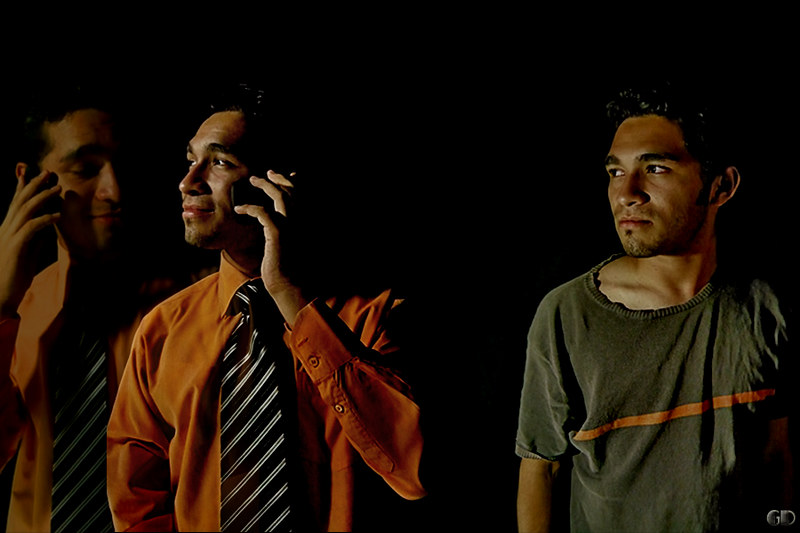 “John’s been promoted again,” Maria sighed to herself. “This is the third time in six months. How does he get ahead like this?”

Then Sarah, the recently hired office assistant, raced into the room and leaned over into Maria’s cubicle, saying “Maria, Maria, guess what? Jessie just made me the assistant logistics coordinator!”

“How?” exclaimed Maria, incredulous. “You’re twenty years old and have only been here three weeks!”

“Well…” Sarah paused, ”I kind of offhandedly mentioned to Jessie that my brother is a venture capitalist who’s been eagerly looking for some companies to invest in, and…” Sarah paused again. She moved away from the cubicle while looking back and forth quickly in each direction.

“And what?” Maria raised her voice. Sarah moved slightly and then leaned over on a different side of the cubicle.

“Well, I sort of hinted that he just might possibly invest in our company if things look favorable enough around here, and…” Sarah’s voice almost squealed, “a few days later, here I am in logistics!”

“But your brother works as a driver for a waste collection company; he doesn’t know a thing about investing,” Maria countered.

“I guess it’s all in what you say and how you say it,” Sarah responded with a sinister smirk. Then she strutted off with a slight skip in her step.

Maria began fretting to herself, “Why can’t I be rewarded like they are? I do what is right. I follow the rules, and yet, here I am in the same position for the past twelve years. Sarah brazenly lies, and then acts so innocent and cute. With John, I shudder to even consider the evil he performed to advance so quickly through all these positions.”

Meanwhile, Reba in accounting strolled by Maria’s cubicle, flaunting the latest outfit she had recently acquired. “And Reba,” Maria continued with disgust, “I just don’t see how she buys all these new outfits. She and her latest husband bragged about having already declared bankruptcy twice. Then she boasts of all of these credit cards and even the second home they recently purchased. I can’t even borrow five dollars without a backlash, it seems. Oh, how I envy them all!”

Maria is not alone in feeling this way. For centuries people have been struggling unsuccessfully with envy. But there was one man named Asaph who found the solution. He was a worship leader in the Temple for the Israelite people, a skilled musician who also wrote several of the psalms in the Bible. He was one who knew about the blessings and the mercy of God. He also knew that God is able to supply the needs of His people, and can bring them through any situation they encounter. In spite of all this, he became envious and downcast. It bothered him so much that he wrote about it in a psalm:

For I was envious at the foolish, when I saw the prosperity of the wicked. For there are no bands in their death: but their strength is firm. They are not in trouble as other men; neither are they plagued like other men. Therefore pride compasseth them about as a chain; violence covereth them as a garment. Their eyes stand out with fatness: they have more than heart could wish. They are corrupt, and speak wickedly concerning oppression: they speak loftily. They set their mouth against the heavens, and their tongue walketh through the earth. Therefore his people return hither: and waters of a full cup are wrung out to them. And they say, How doth God know? and is there knowledge in the most High? Behold, these are the ungodly, who prosper in the world; they increase in riches. Verily I have cleansed my heart in vain, and washed my hands in innocency. For all the day long have I been plagued, and chastened every morning. If I say, I will speak thus; behold, I should offend against the generation of thy children. When I thought to know this, it was too painful for me (Psalm 73:3-16).

Asaph saw how the wicked and the foolish were prospering. It appeared to him that doing what is right and holy did not pay off. Everywhere he turned, he saw that the ungodly were successful in their endeavors. Yet they were also corrupt, oppressive, and full of pride. They held the position that, since they were so prosperous and well off, God must therefore approve of their acts. Surely He would have responded if anything they did was wrong. This was the reason Asaph became very downcast and distraught. He just could not understand why the righteous suffered while the ungodly prospered.

So Asaph “went into the sanctuary of God” (Psalm 73:17a). He did the right thing. Instead of wallowing in self-pity, he took his struggle and outcry to God.

He could have continued on in pain and agony over the prosperity of the ungodly. He could have moaned before God and anyone else who would listen about his struggles. He could have even gone to “professional help,” but he went before God instead, and “then understood I their end” (Psalm 73:17b).

God made it known to Asaph’s heart that He is fully aware of their evil and is not pleased with it. He showed just how their evil mortal lives could come to an end in an instant. Then Asaph began to realize that this life is all they have. In just a moment’s time, all of their prosperity, success, and scheming would be gone forever and of no benefit to them.

Asaph was grieved in his heart initially. The Spirit of God convicted him of his foolishness and his envy of the wicked. Then he said, “So foolish was I, and ignorant: I was as a beast before thee” (Psalm 73:22). Asaph began to see that trusting God really is the only way. He realized indirectly that the means of the wicked would only let them down in the end, and there would be no eternal hope or happiness for them. He also began to see that God is to be his source of success and eternal life.

“Thou shalt guide me with thy counsel, and afterward receive me to glory. Whom have I in heaven but thee? and there is none upon earth that I desire beside thee. My flesh and my heart faileth: but God is the strength of my heart, and my portion for ever. For, lo, they that are far from thee shall perish: thou hast destroyed all them that go a whoring from thee. But it is good for me to draw near to God: I have put my trust in the Lord God, that I may declare all thy works” (Psalm 73:24-28).

In the end, Asaph no longer envied the wicked. He came to realize that following the path they were travelling leads to judgment and destruction. Although he knew he would continue to have trials and tribulations, he could now truly say “God is the strength of my heart, and my portion for ever” (Psalm 73:26b). His heart was changed and his burdens were lifted because he took them before God instead of fretting over them himself. What a change in his countenance there must have been toward the end of this psalm!

For any child of God who wants to grow closer to Him, there will be tribulations. There will be struggles. There will be challenges that have to be overcome and there will be times when he will feel that the path the ungodly follow is much better than his own. Dear believer, do not envy the wicked. Do not allow Satan the latitude to make you feel like you should have never followed Jesus in the first place. The more you focus on the lives of the wicked, the more you will feel like Maria or Asaph. “A sound heart is the life of the flesh: but envy the rottenness of the bones” (Proverbs 14:29).

When feelings like these come upon you, the best thing you can do is to go “into the sanctuary of God” like Asaph did.

Commit your concern to the Lord, and leave it there. Seek the Lord and allow Him to speak to you. Let His Spirit work in your heart and bring out your feelings and attitudes that hinder your relationship with Him. Don’t indulge yourself in self-pity over the prosperity of the wicked. “For what is a man advantaged, if he gain the whole world, and lose himself, or be cast away?” (Luke 9:25). The wicked have their only reward right now, but you have a much better reward coming that will last for all eternity!