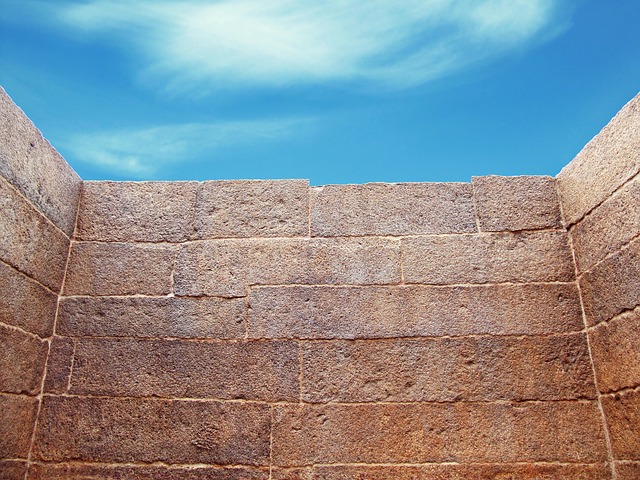 Once you were in bondage to sin, but a way was made for you to get free. You acknowledged the price paid, and were then granted your release from captivity. The enemy was forced to let you go. Now the world you are in is a beautiful place. The burdens that weighed you down are gone. You triumphantly travel down the road of victory, eager to tell others what has transpired in your life. It’s a happy journey! You feel like nothing can stop you anymore.

But what is this obstacle ahead? It looks something like a great channel of water. You cannot safely cross it, nor go around it. To make matters worse, the one who released you from captivity is now in hot pursuit and threatening to capture and destroy you. You can’t go forward, left, or right. You certainly can’t go backward either. Even standing still can only be for a limited time. You have hit a dead end.

You thought that, by following the One who led you out of the depths of sin, you were now free from all kinds of problems and difficulties. Yet it seems like everything is going against you. So what do you do?

The first inclination is to doubt, complain, and murmur about your circumstances and leadership, just like most of those around you.

But this never solves the problem and only worsens your relationship with God (although it hasn’t stopped anyone to this day from trying!). Or you could just continue to trust in the One who led you out. He is in direct communication with God and surely will know what to do next.

The Israelites encountered this kind of situation when they left Egypt several thousand years ago. For years, they endured the bondage of the Egyptians, which continually grew more harsh and demanding. God heard their eventual cry for freedom and raised up Moses—one of their own—to be their deliverer. In due time, the Egyptian leaders finally let them go, and God led them out into the wilderness through the obedience of Moses. During this time of exodus they rejoiced greatly. The weight of Egypt and their taskmasters was gone at last. They also had the glorious visible presence of God with them as a cloud by day and a pillar of fire by night.

But all of this joy ceased when their journey abruptly ended at the Red Sea. They immediately descended into murmuring and complaining also—first against Moses, and ultimately against God Himself. In fact, what they really wanted was to kill Moses for leading them out into this wilderness to die. To make matters worse, the Pharaoh of Egypt changed his mind, and now the whole Egyptian army was rapidly gaining on them, intending to permanently end this migration! Even if they were capable of building a bridge or some type of watercraft to cross the water, there was absolutely no time. They (like you are at this very moment) couldn’t safely travel in any direction. They were truly at a dead end. 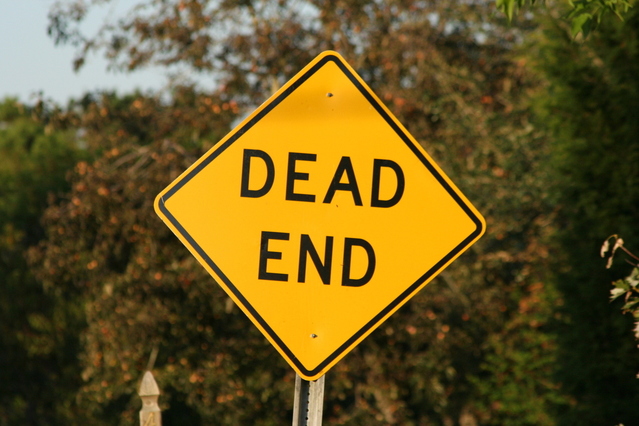 Did God abandon them and leave them to their own devices for survival? Did He tell them: “I delivered you from the bondage of the Egyptians. Now, go figure out the rest of the way for yourself”? No! He made a way that was completely unexpected by everyone. But first, Moses had to be obedient to God and not give in to the unbelieving crowd around him. Then “…the Lord said unto Moses, Wherefore criest thou unto me? speak unto the children of Israel, that they go forward: But lift thou up thy rod, and stretch out thine hand over the sea, and divide it: and the children of Israel shall go on dry ground through the midst of the sea” (Exodus 14:15,16).

Moses did as God commanded and the millions of Israelites went across the Rea Sea just as dry as they were on the shore. The Egyptian army believed in God less than the Israelites did, which they demonstrated when they hotly pursued the people right through the parted waters! They could have stopped on the shoreline, or even have just sent a small company—but no, the entire army went forward! As a result, after Moses led the people across the waters, “…the Lord said unto Moses, Stretch out thine hand over the sea, that the waters may come again upon the Egyptians, upon their chariots, and upon their horsemen. And Moses stretched forth his hand over the sea, and the sea returned to his strength when the morning appeared; and the Egyptians fled against it; and the Lord overthrew the Egyptians in the midst of the sea. And the waters returned, and covered the chariots, and the horsemen, and all the host of Pharaoh that came into the sea after them; there remained not so much as one of them” (Exodus 14:25-27).

God led the people across a great sea without so much as a sandal getting wet! He even took care of their oppressors (who might have survived if they had only feared God). Therefore, if God can open a dead end for millions of people, and bring them through safely, He can certainly bring you through your impossible situation right now. God has allowed you to reach this point to show His faithfulness. God wants you to believe in Him for the impossible, to expect the unexpected. If you trusted Him for what you or someone else could accomplish for you, then there is really no need for Him in the first place. But He already planned a way out for you long before you reached your present dilemma.

When you try to solve your problems on your own, you will always reach a dead end.

In Proverbs 3:5 God said, “Trust in the Lord with all thine heart; and lean not unto thine own understanding.” He sent His Son to sacrifice His life on the cross, not just to save you from being eternally lost when you die, but also to make your life right now victorious in Him. Jesus has already fought and won the war; all you are expected to do, as a believer in Him, is to put your complete trust in Him to bring you through the battle you are facing right now.

Throughout the Old Testament, when the Israelites went before God in unbelief, they encountered impossible situations. Yet when they cried out to God, repented, and put their trust in Him, He changed their impossible situations. Take your eyes off of the impossible, and place your faith in the victorious and finished work of Jesus at the cross. Make His victory your victory, and watch the dead end you are facing turn into an open pathway.