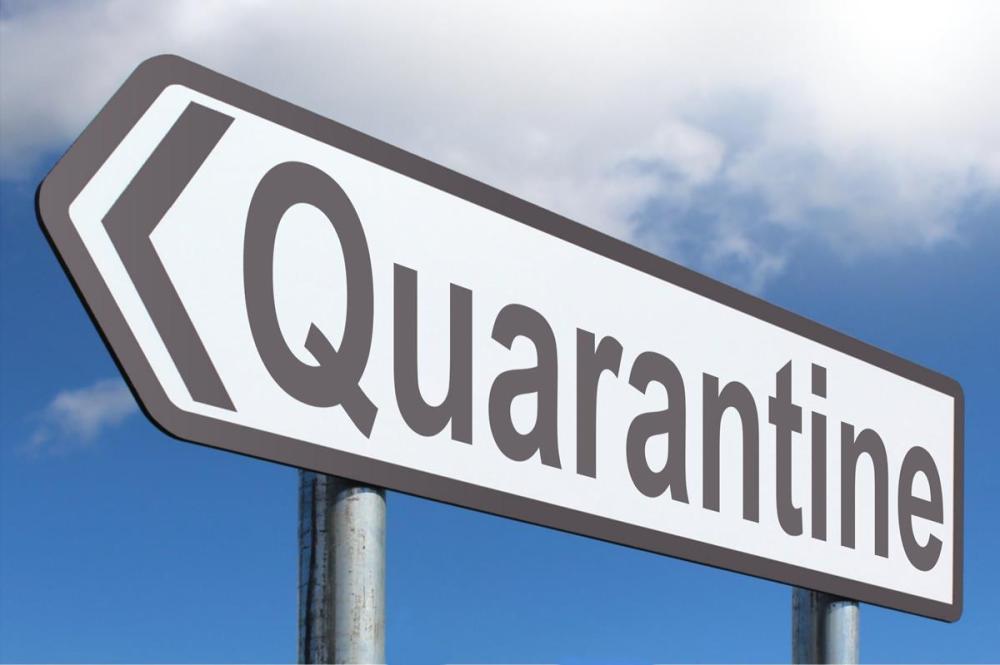 If misery loves company, then doubt and its close companion, unbelief, are like a contagious disease. Since we are more inclined to not believe in something, it only takes one doubting person to infect a large group of people. Let’s look at an example from the Bible and see how a little unbelief spread across most of a whole nation.

“And they…said, We came unto the land whither thou sentest us, and surely it floweth with milk and honey; and this is the fruit of it. Nevertheless the people be strong that dwell in the land, and the cities are walled, and very great: and moreover we saw the children of Anak there. The Amalekites dwell in the land of the south: and the Hittites, and the Jebusites, and the Amorites, dwell in the mountains: and the Canaanites dwell by the sea, and by the coast of Jordan. And Caleb stilled the people before Moses, and said, Let us go up at once, and possess it; for we are well able to overcome it.

But the men that went up with him said, We be not able to go up against the people; for they are stronger than we. And they brought up an evil report of the land which they had searched unto the children of Israel, saying, The land, through which we have gone to search it, is a land that eateth up the inhabitants thereof; and all the people that we saw in it are men of a great stature. And all the children of Israel murmured against Moses and against Aaron: and the whole congregation said unto them, Would God that we had died in the land of Egypt! or would God we had died in this wilderness!” (Numbers 13:27-32; 14:1-2)

The Israelites had finally finished their journey through the wilderness and were about to enter the land God had promised to them. But first, Moses sent a handful of men to spy out the land, who obediently went and traversed the region. Upon their return, they reported that they found the area fruitful and abundant, much more than they had experienced before. They also saw that there were many inhabitants there, and they were great in stature and number. But one of the spies did not see that as a problem, because he felt that they were “well able to overcome it.”

Yet the other spies did not share his optimism. They looked more at the inhabitants overcoming them than the other way around. They were full of doubt and unbelief.

As a result, their doubt quickly spread to the rest of the people. Most of the nation then became bent against Moses and God for leading them out and setting them up to be destroyed by the inhabitants of the neighboring lands.

They forgot again about all of the miracles God performed during their time in the wilderness—how He parted a mighty sea, destroyed the whole Egyptian army, gave them ‘perfect’ food and water from a dry rock, provided full light at night and the shade of a cloud by day, and the list goes on.

From the negative word of the spies’ unbelief, practically a whole nation became doubtful.

This resulted in God ultimately barring their entrance into the Promised Land. This also meant that all of that current generation, excluding Caleb and Joshua (two of the spies who did not doubt), had greatly sinned against God. If Moses had not interceded for all of the people at fault, God would have destroyed them.

This is how great the sins of doubt and unbelief are to God. Of course, in this instance it is rather obvious, as God had promised this land, and He does not fall short on His word. All the people had to do was to obey Him and enter into it. But instead they chose to follow by sight and not by faith. The Israelites let the problem overcome them and doubt entered in. There was never any consideration that God was more than able to take care of the situation—if only they had put their trust in Him.

Jesus said, “If ye have faith, and doubt not, ye shall not only do this which is done to the fig tree, but also if ye shall say unto this mountain, Be thou removed, and be thou cast into the sea…” (Matthew 21:21). The writer of the book of Hebrews tells us, “Now faith is the substance of things hoped for, the evidence of things not seen” (Hebrews 11:1). God wants us to have faith and believe in Him concerning that which is unseen. If we could see the outcome or results first, then what is there to believe? Anybody can do that.

It is God’s plan that we trust Him. When we doubt or show unbelief, we are demonstrating that we think He is not capable of solving the problem.

As His children, we are to put our faith in Him and not in others or ourselves. “Trust in the Lord with all thine heart; and lean not unto thine own understanding” (Proverbs 3:5). Remember, doubt is contagious. Don’t become the next victim. Don’t follow the example of the Israelites and allow unbelief to keep you from that which God has promised us.