Riding against the wind is one of the things I despise the most when I ride my bicycle, (although riding up a steep hill would have to be second on the list!). No matter what I try to do, like shifting to the lowest gear, or hunching over close to the handlebars, etc., I still struggle to move forward. It seems like I spend eighty percent of my effort and energy trying to push against the wind. Yet, even though I am weary upon arrival, I have found over time that the extra effort has gradually strengthened my muscles and developed my body in areas I may not have developed much otherwise.

Although the wind will continue to impede my travel, I am now more physically equipped to handle it than I was before. That is, I will be as long as I don’t avoid the wind, the hills, or other forms of resistance. When an athlete, such as a football player or weightlifter, stops building up his muscles, flab and weakness result. He will soon find that his weight no longer contains a large percentage of muscle, but rather fat. He won’t be able to run or lift great weights like he used to, although his food intake will still be strong. He will also find that trying to rebuild those muscles will require much more effort than the first time he began building them.

As believers in Jesus Christ, we face the same responsibility to strengthen our spiritual bodies. Satan will continue to buffet us and bring about great resistance as we develop and increase our relationship with Jesus. But we can’t let this hinder us from pressing forward, like riding against the wind.

“Finally, my brethren, be strong in the Lord, and in the power of his might. Put on the whole armour of God, that ye may be able to stand against the wiles of the devil. For we wrestle not against flesh and blood, but against principalities, against powers, against the rulers of the darkness of this world, against spiritual wickedness in high places. Wherefore take unto you the whole armour of God, that ye may be able to withstand in the evil day, and having done all, to stand. Stand therefore, having your loins girt about with truth, and having on the breastplate of righteousness; And your feet shod with the preparation of the gospel of peace; Above all, taking the shield of faith, wherewith ye shall be able to quench all the fiery darts of the wicked. And take the helmet of salvation, and the sword of the Spirit, which is the word of God: Praying always with all prayer and supplication in the Spirit, and watching thereunto with all perseverance and supplication for all saints” (Ephesians 6:10-18).

God wants us to stand, not fight, against the ploys and schemes of the devil. It is normal human nature to want to fight, but when we have Jesus as the Lord (master, governor, ruler) of our life, we operate with a godly nature. Therefore, when we stand against the enemy, we do not stand in our own strength, but in Jesus’ strength—when we let Him be in charge. Actually, we must let Him, since we are dealing with a spiritual matter much, much greater than our frail human body.

To “stand” does not mean to stay in one place and do nothing but gaze at the trees and clouds, or wait around to be overtaken by some disaster. It means to resist or hold your

ground. In wrestling, your opponent must try to move and pull you away from the area that you are trying to hold. Your goal is to resist all of these attempts, and not to fight back. It is like the game kids used to play called ‘king of the hill,’ where one person has to keep from getting pushed or pulled off of his position on a hill by the others at the base. If he fails to hold his ground, someone else will take his place. In return, the person who just lost his position will now attempt, along with the others, to remove the successor.

So how do we press onward and stand against these efforts of the devil to dislodge us? The answer is simple: through prayer. The Apostle Paul was referring to prayer when he gave this analogy of the armor of God. The simple act of prayer produces the best results when it comes to holding our ground against the devil. One of the greatest things Jesus told His disciples was not to fight against the devil in battle, but to “Watch ye and pray, lest ye enter into temptation. The spirit truly is ready, but the flesh is weak” (Mark 14:38). Now what was Jesus doing prior to this? “…he went forward a little, and fell on the ground, and prayed…” (Mark 14:35). After He told the disciples to watch and pray, what did He do? “…again he went away, and prayed…” (Mark 14:39a). If Jesus—the very Son of God, the One who was in constant communication and communion with God the Father—needed to pray, how crucial it is, and even more so, that we must pray! 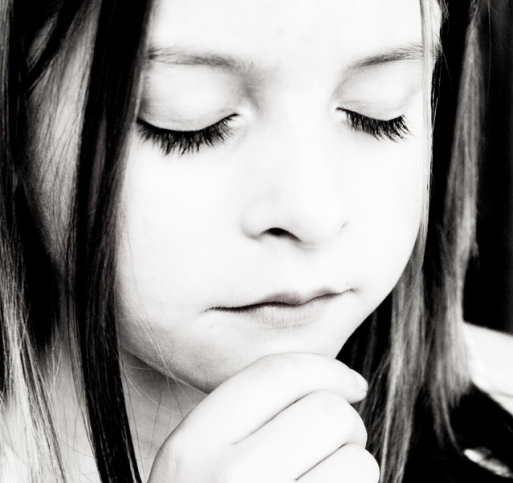 Prayer is one of the easiest things we can do, and yet, in our own strength, we make it one of the hardest. But it is our own laziness that makes prayer such a chore. Prayer is an uphill challenge to us when we have allowed the devil and his minions to gain ground through our lack of prayer. When we don’t exercise frequently and build our muscles, we lack the strength to overcome any resistance we may encounter. If we don’t watch and pray often, the very act of prayer becomes more and more of an effort. This eventually leaves us wide open for temptation and sin. At the same time, we should never bring prayer to the position where it is the solution alone. Jesus Christ and His victory at the cross is the real solution; prayer only opens the door of our heart to the solution. We don’t worship prayer; we worship God.

Remember that the victory over sin’s power and control has already been won through Christ and His sacrifice on the cross.

“Nay, in all these things we are more than conquerors through him that loved us” (Romans 8:37). We are not to conquer, for He has already conquered. We are to stand in faith on His victory. He has already fought the devil and won. (And we, in our physical bodies, can’t fight a spiritual entity like the devil and win anyway.) Notice how many times the word “stand” is used in the passage from Ephesians. Now count how many times the word “fight” is mentioned. The devil will gladly fight and bully our unprotected self, but when we put God’s armor on, the devil sees God, not us, and he flees.

When I ride my bicycle against the wind, I use the strength that I developed in my muscles to pedal harder. At the same time, I reduce some of the resistance by crouching closer to the handlebars, keeping my body as close to the bike as I can. I do not throw my bike at the wind in an attempt to fight against it. I do not take a large stick and stab at or slice the wind. I never yell at or curse the wind either. And, most importantly, I do not give up and run away from the wind, or hide somewhere until it passes. God expects us to develop ourselves through prayer, and then stand against the enemy when he comes. He wants us prepared when we pray by utilizing the armor He has provided. Never are we told to fight or flee, but “having done all, to stand” (Ephesians 6:13b).