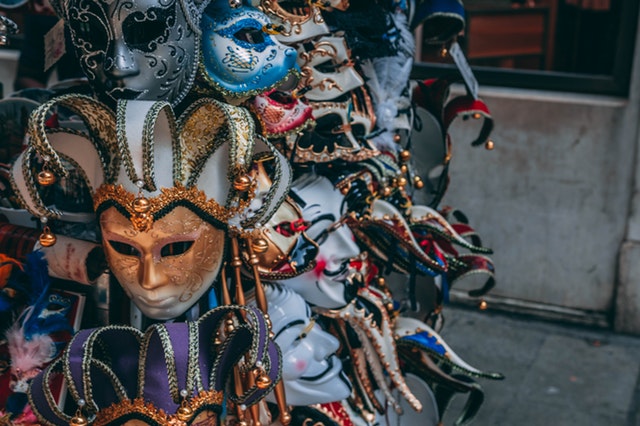 “Hey, Mitch, what are you wearing for the masquerade?” a voice yelled out from one cubicle. “Mitch, is the bell going to toll this year?” said another voice bursting out of one of the offices, followed by uproarious laughter. Mitchell began to hurry as he walked to the city planner’s office. He had often regretted his choice of dressing up as a Liberty Bell two years ago, ever since he first stepped foot in the annual gala. The masquerade ball, hosted by the city to benefit the abused children’s home, was one of the biggest events of the year. People from all over the region and even other parts of the world would attend, wearing some of the most elaborate costumes ever seen.

When Steve, the city planner, saw Mitchell at the door, he interrupted the others’ conversation. “Mitch, I know “gala planning” is not regular city business activity, but I’ve got to press you into going this year. I’ve heard you’re still reeling from the reaction to that bell costume a few years ago, but people loved it.” The others in the room readily agreed. “Look, you’ve got to remember that this whole event is for the children,” Steve pleaded passionately. “Oh, before I forget, here are the reports I wanted to give you. Don’t be a devil and let them ‘fall’ off the back of your motorcycle this time.” Mitch initially returned the quip with a sheepish look, but then followed up with a devious smile.

When Mitch woke up early the next day, his day off, he could hardly wait to get downtown to the theatrical supply outlet. He knew that if he was going make a big splash this year, his outfit would have to truly be out of this world. The clerks were few, but their knowledge was phenomenal. He eventually had enough supplies to make a dozen devils. After racing back home, he began composing all the elements for his breathtakingly ‘devilish’ design. His pinstriped suit was black and flaming red, his pointed boots—deep cherry, and his face, hands, neck and ears were all painted bright red. Even his hair was dyed a flaming red and spiked, complete with two curved horns. With pitchfork in hand and faux fangs in his mouth, he could have scared the devil himself! “Ha! Let’s see them in hysterics over this. I’ll have them hiding under the stage in sheer terror!” 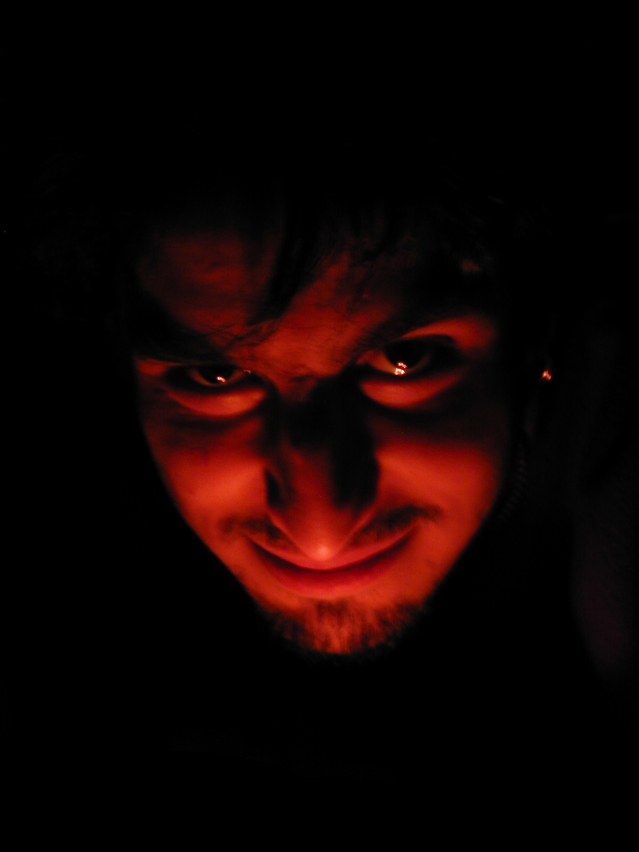 He arrived at the hall hours early, but the line to get in was already over two blocks long. “I can’t just stand here all afternoon,” Mitch thought as he surveyed the crowd. “Even fifteen minutes will take away most of the effectiveness of this outfit.” After driving around awhile, he discovered a place he could slip in unnoticed. He gloated to himself about how he just parked and passed hundreds of people in only ten minutes. “Why, I didn’t even pay the admission. My, my, how evil I am!”

Once inside the auditorium, Mitch was stunned by how lavishly the building had been transformed. After severely startling three people and causing another to faint, he decided to sit in a darkened corner and nap until the crowd really filled the building. Loud trumpet blasts from the band soon awakened him, so Mitch decided the time was now right to make his entry. Assorted screams and gasps emanated from those at the tables he passed as he made his way over and sat down. All eyes were on him as he slowly lifted his head and looked around, or so he thought.

But, across the vast room, there was another man drawing the attention of almost everyone in sight. His eyes captivated anyone who looked at him. They were totally enamored with him. It seemed that everything he said or did left them in awe. But he had no costume. He was simply dressed impeccably instead. No suit in the world could even remotely come close to the one he wore. Even his hair was styled perfectly.

Mitch was crestfallen. He had one of the most striking costumes in the building, but it was no match for this individual. He tried parading about with a vicious sneer and an evil laugh that would chill anyone’s spine, while shaking and pointing vigorously with his pitchfork, but to little avail. Almost everyone gravitated toward the slick and amiable stranger. Finally admitting defeat, he decided to leave. On his way out, he passed near the man of the hour. As he glanced over in the other man’s direction, he paused as he was conversing with the multitude and remarked: “Hey, nice outfit. I appreciate the publicity.” Mitch nodded in return, finding himself totally unable to speak. He finally broke free from the hold this guy seemed to have on him and managed to leave. But the man’s words continued to ring in his head. He blurted out, “Who does he think he is, the devil himself?” as he walked toward his motorcycle.

When the word ‘devil’ is mentioned, the most common image that comes to mind is some creature resembling Mitch in his outfit. This is just what the devil wants us to believe. While there is no denying that the inhabitants of the underworld are grotesque, the fact of the matter is that deception is not usually presented by slimy, repulsive, obnoxious and horrifying creatures. We are, instead, most easily fooled by what is familiar to us. As master of lies and deception, the devil loves to make himself and his work look extremely appealing, while at the same time, it is breaking us down and destroying us.

If someone quickly ran up to us in a terrifying costume with arms waving about and a deep growl in his voice, we’d most likely flee for our life. We wouldn’t calmly stand there and engage him in pleasant conversation. Yet the devil himself, or one of his demons, can casually stroll up to us in a fine suit with fine speech and great charisma and we are totally mesmerized. When the devil came to Eve back in the Garden of Eden, he did not scare her into disobeying God. He was subtle and pleasing, and he even used God’s word (incorrectly, of course) to deceive her.

The devil uses any available means that will make us more susceptible and vulnerable, such as alcohol, drugs (legal or illegal), pornography, audio, video (like certain kinds of music, movies, video games, and television) and even what we eat.

As our resistance goes down, a door opens spiritually for his ‘helpers’ (demons) to enter our life. We may not always be actually occupied by these spiritual entities, yet we may still allow them to control us. This is why the Bible warns us to keep far from evil. Look all throughout the Old Testament and you’ll find instances where people fell for the devil’s charm and deception and became corrupted.

The point is, we are not to be fooled. The Bible speaks of the devil as “transformed into [masquerading as] an angel of light” (2 Corinthians 11:14) and “as a roaring lion, [who] walketh about, seeking whom he may devour” (1 Peter 5:8). He is also mentioned as one who “cometh not, but for to steal, and to kill, and to destroy” (John 10:10). The devil plays for keeps, using anything and everything within his power to try to deceive us and bring us down. But we don’t need to fear him, since his power over us is only as great as we allow it to be.

When Jesus sacrificed His life at the cross, He took away the devil’s power and authority over the children of God. When we stand on that finished work of Jesus and His victory on the cross, then we can have victory over the devil too. The key to victory is to increase and deepen our relationship with Him. Just saying that we have received Him into our heart is not enough. We must follow up and cultivate that bond through prayer and reflecting deeply on his Word. On the other hand, the less time we spend with God, the more vulnerable we become to the devil’s subtleties. As a result, we actually give him power over us, because we have turned our eyes off of Jesus and onto whatever the devil cleverly tries to slip in. He knows he has already been defeated by Jesus, but continues to do his best to keep this revelation away from us.

Don’t be entranced by his masquerade as a suave, savvy and reputable being. Keep your focus on Jesus instead, and leave it there, and you won’t be fooled when the devil masquerades in front of you.