Sometime ago, I read a report about a girl who was just beginning the sixth grade. Her older brother was taking online courses at a law school, and out of sheer boredom, she began secretively studying some of the material on her own. To his surprise, she found the courses were not as boring and difficult as she thought they would be and she decided to try taking them alongside her brother. After only a few months, the girl was doing as well as her brother. In less than a year, she was doing better on the exams than many of her brother’s online classmates! When she entered seventh grade, she also applied at her brother’s law school, and after scoring high on the entrance exam, was readily accepted! She is currently taking law courses on a part-time basis, but she now finds law school to be too easy and hopes to able to enter the law school’s more advanced levels before long.

A child prodigy? No. It is all part of the law school’s new teaching methodology. According to Dr. Slipshod, dean of education, “This is a growing trend in 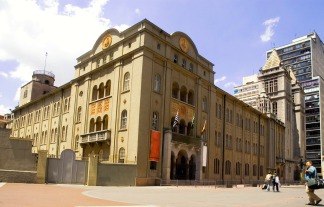 higher education, particularly among law and even medical schools. We have come to realize that the course material we formerly offered was considerably out of touch with the younger generation, and even individuals who could not obtain a complete secondary education. We have found that, since the new program’s inception, multitudes of students from primary schools have advanced rapidly through the initiative.”

Equally enthusiastic is Ms. I. Knowless, senior counsel, who said, “I initially was very antagonistic toward the whole concept, but after I saw the results for myself, my dismay turned into considerable joy and enthusiasm. In fact, my colleagues, who were equally skeptical, are now looking to see just how soon they can bring these young graduates into their own law firms.”

Of course, any new educational program encounters those who are apprehensive concerning its effectiveness. Mr. and Mrs. Bothersome of Lower Heights were among the many parents who have expressed concerns. “It’s an outrage that the whole legal system should be simplified to an elementary school level. Lawyers and judges who have studied and practiced law for years and years have now had their knowled 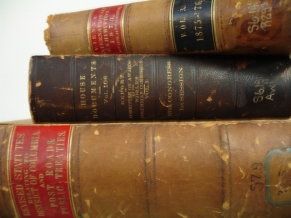 ge and experience usurped by an educational system that solely seeks profit and increased numbers.” Yet, according to studies done by Meddling Research Center for Advanced Education, this trend is not likely to disappear, since sixty-two percent of those polled felt that moving to a legal system that everyone can understand is now becoming imperative. More than eighty-one percent of those interviewed by a renowned trend study think-tank desired a better level of understanding on all facets of law, to the point where even a five-year-old could be able to comprehend many of the deeper elements of criminal justice.

You might have guessed by now that this news report is fictional. But the truth of the matter is, that people today are trying to bring complex matters down to a level that even an untrained child can understand, instead of trying to rise up to develop a deeper knowledge and insight into these matters themselves. Similarly, many people today also attempt to bring God down to their level. In our finite mindset, we don’t want to try to learn more and study harder in order to understand God. We prefer for Him to operate at our low level of understanding instead. We don’t really want to leave our ‘comfort zone’ to seek Him. The Bible says, “Draw nigh [near] to God, and he will draw nigh to you” (James 4:8a). It doesn’t say “Stay where you are, and I will lower myself down to your level.” This may lead some to think (or confirm what they have already suspected) that God is unapproachable, or that He is arrogant and impersonal. Yet quite the opposite is true. God wants to be in close communion and fellowship with us. But the real element of separation between us and Him is sin. It is sin that keeps us apart from Him and vice versa. As long as sin remains present and not dealt with in our lives, there will always have to be a great distance between God and us.

We, as sinful beings, do not see just how awful sin really is, especially from God’s point-of-view. Sin is so horrible that He cannot even glance at it. That is one reason why Jesus struggled with the thought of going to die on the cross. He knew that if He went to the cross, fellowship with His Father in Heaven would have to be broken, because of all of the sin that He would have to take upon Himself there for the sake of man. Jesus had such great closeness with His heavenly Father that, when He was on this earth, He stayed in constant communication with Him. Even before He was born on this earth, He already had a strong bond for eternity past with His heavenly Father.

By comparison, man’s relationship with his human parents has never been for more than 970 years (the age of the oldest known person, see Exodus 5:26, 27). Yet, for a brief time, the sin that Jesus had to take upon Himself at the cross, our sin, was so great that His Father had to turn away in temporary separation from Him. That agony was even greater for Jesus than all of the physical pain He had to suffer, up to, and on, the cross. But why did God turn away when His Son took on all of the sins of everyone—past, present and future—at the cross? He did so because He is a holy God, and in His holy state, He cannot tolerate even the minutest degree of sin. That is why we cannot approach Him as we are in our current sinful state, nor can He directly approach us.

It is because of our sinful nature, both externally and internally, that we have never been able to see God at any time in history. Even Moses in the Old Testament, one of the men in the Bible who was closest to God, could not look at Him directly.

God said to him, “…Thou canst not see my face: for there shall no man see me, and live. And the Lord said, Behold, there is a place by me, and thou shalt stand upon a rock: And it shall come to pass, while my glory passeth by, that I will put thee in a cleft [split] of the rock, and will cover thee with my hand while I pass by: And I will take away mine hand, and thou shalt see my back parts: but my face shall not be seen” (Exodus 33:20-23). For God to come down to our level means that He would have to fellowship with sin. As mentioned in an earlier post, if God allowed even a microscopic amount of sin in His presence, He would cease to be God. This is what the Devil has been trying to make happen for centuries, and he will continue to do so until he is ultimately eliminated. 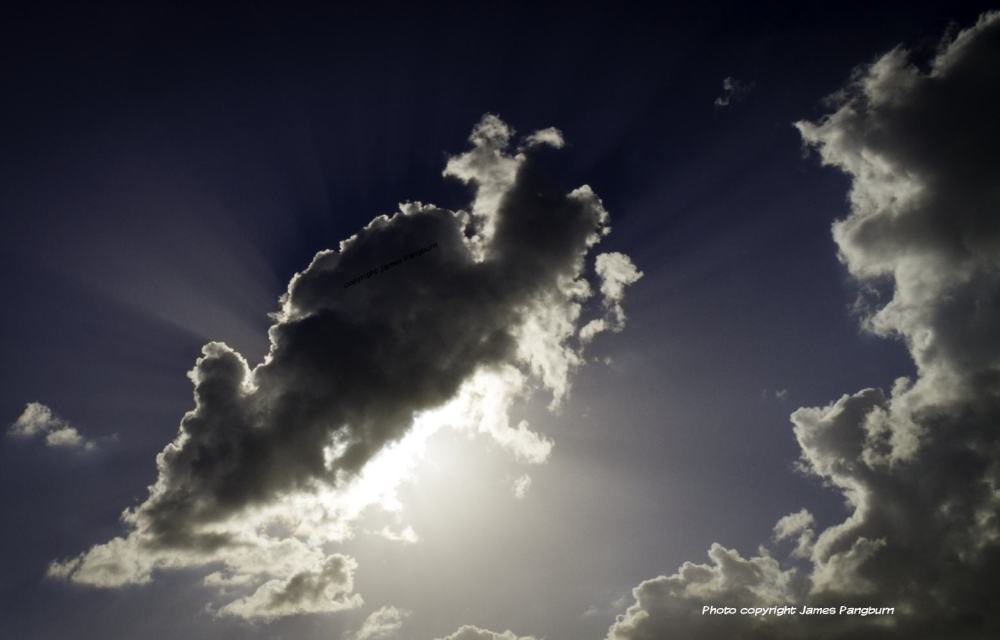 This is also why, as I stated earlier, we have to come to Him. We must move up toward His level of understanding. We can’t be content with just staying at our low level of understanding of who He is and what He has done for us. We can’t remain shallow in our mindset or expectations of Him. To put it very simply, we can’t go to Him and ask things like, “What flavor of ice cream would You like to eat?” or “God, who do You want to win the Super Bowl or the World Cup?” This is also the reason we can’t just pick up the Bible—God’s Word—and search to see if we should have a car, or a truck, or a motorcycle or even what color they should be. We need to search it for what we really need most, things like righteousness and holiness and purity.

We need to seek Him to learn how to separate ourselves from the cares and concerns of this world and its impure lifestyles, instead of trying to make Him part of them. When we try to bring God down to our level, we lower, and ultimately eliminate, our reverence or godly fear of Him.

Considering Him as our buddy or pal changes our attitude toward sin. We think, “He’ll understand, it’s just a little sin. He’s my pal; He won’t send me to Hell over something as little as that!” Yet even that ‘little’ sin is more than enough to keep us out of Heaven and the presence of God. Remember that a holy God cannot tolerate any sin. Period.

You may now be thinking, just how do I move up to His level? It’s not too difficult. First, get alone and seek Him in prayer. Prayer is the most effective way to communicate and have fellowship with Him. During this time of prayer, ask God to forgive you for all your sins against Him. You also need to repent (meaning to be sorry for doing those sins and to stop doing them and turn in the opposite direction). Second, read and then reread His Word, the Bible. At the same time, ask Him to open your mind and spirit more to understand His Word as you read it. Third, you must let Him work in your life. If you are thinking mostly of yourself and not of Him, then you are not really letting Him work in your life. Don’t be afraid to ask for a deeper understanding of Him. He wants you to ask. He wants you to press in and desperately desire to understand Him better. Fourth, begin to distance yourself from those who are keeping you from seeking Him, as well as those who don’t want to grow closer to Him. If you aren’t sure who, then ask Him to show you. If you get serious with Him, He will be serious with you. Lastly, don’t give up! Hold to what you seriously asked Him earlier. If you don’t give up on Him, He won’t give up on you!