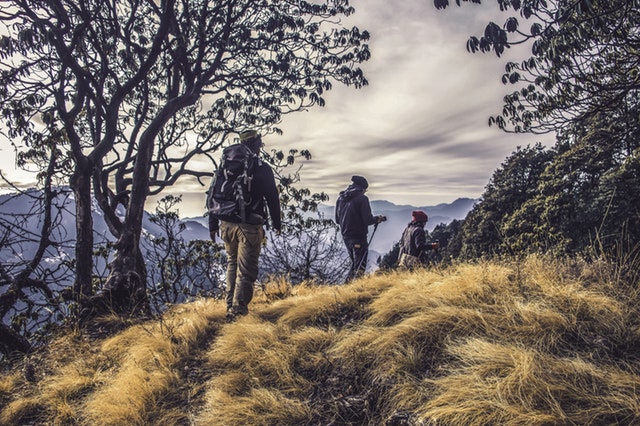 There was a man in the Old Testament named Job (rhymes with globe) who was in right standing in God’s eyes. Yet he went through suffering and an extremely great loss to the point that he wished he was never born. Even his wife said to curse God and end his life! Several of his friends, hearing of his losses and the anguish he was going through, came to the place where he resided. Rather than giving encouragement and support, they chided and ‘counseled’ him in what they believed were his erroneous ways. Each one felt that, obviously, he must have sinned and needed to repent of his wrongful actions. They were convinced that God was punishing him and that there was no possibility that He would work in any other manner.

Not one openly sought God first about Job’s condition; they firmly believed they were right and he was wrong. None ever considered that God ordained all of this and was behind it all, even Job himself—until sometime later when God made it known.

Yet, through it all, Job did not sin against God. He did not follow his wife’s advice. He lost his wealth, family, and health. This struggle brought him down to the very core of his being. But in the end, he knew and trusted in God in a manner like no one else around him. God works this way in all who truly want to follow Him. As we travel the path He has laid for us, we often find it to be a real struggle. There are rough places and narrow stretches. We are accused and blamed though we have done nothing wrong. It is not easy like others said it would be.

But, in spite of it all, as we follow God’s word and draw closer to Him, we continue to find many areas of our life become better than they were before we knew Him.

The word ‘travel’ has the same origin as ‘travail’—meaning to torment, labor, or journey. While we are not necessarily tortured, we do toil, labor, and struggle on a journey—but this one has eternal rewards. And, unlike traveling (or travailing) in this current world’s system, which leads only to physical exhaustion and death, we are on our way to a heavenly place which has no pain, struggle, toil, or travail.

We, like Job, are in a continual refinement process, not so much to prepare us for our heavenly destination, as for the present age that we live in.

We could equate our travail with the actions of a vaccine. It introduces a small amount of a disease into us so our body builds up immunity, or a means to cope with greater amounts of the same or a similar malady in the future. Similarly, God leads us into situations to bring us where we will turn to Him for deliverance. As a result, when similar problems come our way, we know how to handle them victoriously, just as Jesus did when the storm came upon the boat He and His disciples were traveling in.

“Now it came to pass on a certain day, that He went into a ship with His disciples: and He said unto them, Let us go over unto the other side of the lake. And they launched forth. But as they sailed He fell asleep: and there came down a storm of wind on the lake; and they were filled with water, and were in jeopardy. And they came to Him, and awoke him, saying, Master, Master, we perish. Then He arose, and rebuked the wind and the raging of the water: and they ceased, and there was a calm. And He said unto them, Where is your faith? And they being afraid wondered, saying one to another, What manner of man is this! for He commandeth even the winds and water, and they obey Him.” (Luke 8:23-25 emphasis added). Jesus had been tested in another manner sometime prior to this. Having successfully gone through that particular trial, He was now able to rest, knowing His Heavenly Father would bring Him through this one safely also.

Looking back over the centuries, multitudes have traveled on in their journey to their resting place in heaven. Many were beaten, stoned, tortured, burned, ridiculed, imprisoned, maligned, falsely accused, and the list goes on—but they did not compromise or give up in their journey. Their focus remained on their heavenly home, knowing that this life is only temporary and all it contains will not last.

Problems and trials should never keep us from wanting to go forward in our walk with God.

In the beginning, it looked hopeless for Job. Yet he never threw up his arms in desperation and gave up on God (although he may have wanted to concerning his so-called ‘friends’!). The apostle Paul went through all kinds of anguish, but his response was: “Most gladly therefore will I rather glory in my infirmities, that the power of Christ may rest upon me. Therefore I take pleasure in infirmities, in reproaches, in necessities, in persecutions, in distresses for Christ’s sake: for when I am weak, then am I strong” (2 Corinthians 12: 9, 10). When trying situations and circumstances come our way, let’s not be downcast, but rather let’s say, in the words of the hymn writer: