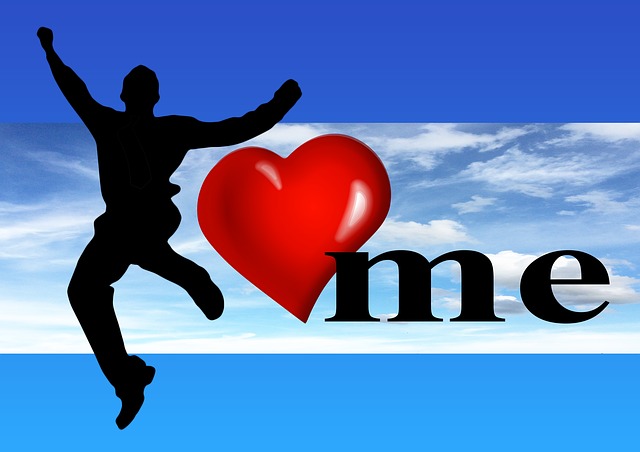 Stan just stood there, staring at the edge of the lake with a gaze of uncertainty, almost to the point of daydreaming. “Hey, Stan!” he heard his friend shout, “The bus is coming just up the road.”

“Uh, yeah,” Stan replied, with some hesitancy. “I’ll be right there!” He reluctantly wandered back to the bus stop, his dream-like state having been interrupted like a burst balloon.

“Stan, what are you doing? Staring at yourself again?” his friend cynically called out. As Stan got on the bus, he happened to spot his reflection in a mirror. He just couldn’t seem to break himself away from the sight of himself.

“Let’s move it; I’ve got a schedule to keep!” the driver of the bus growled. Stan eventually managed to slip into a seat by a window, two seats down from his friend, who was now really beginning to wonder about him. By this time, the sun was almost gone for the day and the interior lights of the bus began to take on more prominence than the sunlight on the surface of the window, or even much of the activity outside the bus. Now Stan could see himself more clearly in the window’s glossy surface.

Harriet had gently warned him long ago about getting lost in his own reflection. She was always the guiding force in his life, or, at least, that was how he thought of her. That gently curling hair of auburn persuasion, those captivating azure eyes—it seemed like it was just weeks, not years, since he had first become enraptured with her comely looks and radiant disposition.

“We are now approaching the stop for Twelfth Avenue and Rey Street,” a computerized voice interrupted through the intercom of the bus.

Stan’s eyes were now attracted to the change in his reflection, due to the distortions of the window surface of this bus. After a brief stop, the bus jolted as it started to move forward again. Stan sat intrigued by the way his left ear seemed to detach itself as he moved his reflection back and forth over the irregularities of the window’s tinting.

“We are now approaching the stop for Materfell Street Station,” the computerized voice abruptly alerted again, a short time later. Stan was still sitting enamored with his own reflection when he felt some small objects pelting the side of his neck.

“Stan, you daydreamer, this is your stop!” his friend, who had now turned around in his seat, hollered out. Stan suddenly remembered that he and his friend had agreed earlier that they weren’t going to get off at the same stop. Stan was relieved at this crude interruption since the bright exterior lights now moving into view were making his reflection dissipate, and he prepared to leave the bus. While standing at the exit door as the bus came to a stop, Stan glanced in the direction of his friend, waved to him, and then saw his reflection staring back at him again from the mirror above his head. He completely missed the second step on his way out. The driver hurried down the steps with reluctant sympathy, and helped Stan get up from his painfully crumpled position straddled between the curb and the steps of the bus.

“Man, you can’t be doing this,” the driver barked. “You is gonna get killed!”

As the bus pulled away, Stan slowly made his way back to his apartment a few blocks away. In spite of all the clatter of activity stirring around him, he found himself thinking about Harriet again, and his friends, and his family. But his thoughts always seemed to somehow gravitate back to himself. He thought of the many hours he’d spent in front of mirrors fixated on his own appearance. Harriet had often finished long before he did whenever they were getting ready for a date. His meals at his parents’ place frequently needed to be reheated. His employers had regularly scolded him for focusing on himself more than their clients. It seemed like self was more important to Stan than anything or anyone else.

Being caught up with our selves has always been a part of mankind, ever since the fall of Adam and Eve in the Garden of Eden.

“And the Lord God commanded the man, saying, Of every tree of the garden thou mayest freely eat: But of the tree of the knowledge of good and evil, thou shalt not eat of it: for in the day that thou eatest thereof thou shalt surely die…And they were both naked, the man and his wife, and were not ashamed” (Genesis 2:16, 17, 25).

Prior to eating of the fruit of the tree of the knowledge of good and evil, Adam and Eve were not aware of the appearance of their physical selves. They had no need to know how they looked, because being in the presence of their Heavenly Father was all they needed.

“And when the woman saw that the tree [of the knowledge of good and evil] was good for food, and that it was pleasant to the eyes, and a tree to be desired to make one wise, she took of the fruit thereof, and did eat, and gave also unto her husband with her; and he did eat. And the eyes of them both were opened, and they knew that they were naked; and they sewed fig leaves together, and made themselves aprons” (Genesis 3:6, 7).

When they disobeyed their heavenly Father, then sin had the legal right to enter and take its course in their lives. Since they did not ask their Father for forgiveness, and did not repent of what they had done, they took their eyes off of their Heavenly Father and suddenly became acutely aware of their own selves. Because of sin they no longer were in God’s presence, and He no longer provided a covering for them. They allowed pride and self-righteousness to take root, which eventually led to the conclusion that they had no need for God, hence the pitiful covering of fig leaves. Initially, they were fearful, but later on, they and their descendants became complacent and began to love themselves more than God their Father. This permitted evil to multiply exponentially.

“And God saw that the wickedness of man was great in the earth, and that every imagination of the thoughts of his heart was only evil continually” (Genesis 6:5).

When we become enamored with our self, we then feel like we no longer need God. As a result, God lets us go our own way. He allows us a chance to try to find our “real” self. He even allows us to love our self, though it grieves and hurts Him greatly. But when we come to the end, our end, we go right back to the very thing we were created from—the dust of the earth. In our condition of pride and love of our self, we think that we are something great, something superior to all creation (even of our own kind). Yet, in God’s eyes, we are really nothing. In the book of Job, God asked him, “Where wast thou when I laid the foundations of the earth? declare, if thou hast understanding” (Job 38:4). The heavenly Father was essentially saying that, if we think we are so great and wonderful, if we know so much and consider ourselves to be so superior, then where were we when He created everything, including us?

God created us to love Him, not our self. He wants us to put Him first in our lives. He placed within us a free will so that we could choose Him and love Him of our own accord. He will never force us to love Him. When He put forth the commandment in the Garden of Eden to not eat of the fruit of the tree of the knowledge of good and evil, He did this not to tempt or tease man, but rather to test or try us in our love for Him. He loves us, and He wants us to make the effort to love Him in return. He wants us to stop loving our self, and to love Him instead.

There is one detail, though, that we dare not miss. We can’t just freely come before God because He is holy, and He absolutely will not allow any sin to come before Him, including self-love, pride, etc. But the good news for us is that God made a way for anyone who really desires to, to come to Him. His Son, Jesus Christ, is the way.

Jesus freely left His Father and came to this earth as a sinless human being. He fulfilled all of the requirements for the cleansing of sin that God His Father had laid out hundreds of years prior to His arrival. These requirements couldn’t be completely fulfilled by sinful man himself. But the ultimate requirement was for Him to sacrifice His life on the cross (even though He was totally innocent of any wrongdoing whatsoever) for the sake of every man, woman and child who ever lived, or is living now, or has yet to be born. He paid the horrible price for sin (that we all actually owed and deserved because of our sins) which is death.

When He shed His blood at the cross, it symbolically covered our sins. Now all we have to do is acknowledge to God that we have sinned, and be willing to turn completely from our sinful ways. Then we need to accept and believe in faith that the sacrifice and shed blood of Jesus at the cross was made in order to cover and cleanse us of our sins. Finally, we need to surrender our life to Him completely, and let Him come in and clean us up from our sinful ways.

For more information on the way to God click here.